skip to main | skip to sidebar


Moving beyond the stages of grief and begun to pondering the likely effects and trends that will follow (and what actions to take vis a vis investment, personal planning etc).

One area is the cost of energy. Based on this adminstration's attitude and regulation/restrictions on energy in their first term, I'm betting they stay with the war on energy exploration, development and distribution/pipelines.

There are questions then that follow in my mind.
Who hurts?
Who benefits?
How do I join in those benefits and minimize the personal hurt?

A distant second but persistent sore spot is our utility expenses.  Maybe it's time to get on the PV (Photo voltaic, aka solar power) bandwagon for our house. The breakeven numbers are getting pretty close for that. I'm reluctant to dip that deep into the savings. OTOH, there are some financing/lease options now that reduce up front costs. That would at least decouple us from being at the mercy of SDGE (aka San Diego Graft and Extortion).

On the investment side: Big companies tend to benefit over little companies with increased regulation (that translates to staying the course with my big company dividend/MLP stocks). The green war on coal makes me wary of my one big coal stock and one big utility stock that is major coal user. This qtr looks like my coal producer is making it up in exports to fuel energy offshore. I'll stand pat for now but watch those closely -- I'm in them primarily for the security and growth of their dividends so as long as their ability to cover divi's is good I can relax a bit on that.

I'm very concerned that the election will hurt our current natural gas boom. That's been one of the few really bright spots for jobs. Will this admin choke it by regulation on fracking?
Here's a good primer on fracking:

Another Layer of Bureaucracy for Oil and Gas Exploration in the US?

Oh yeahhhhhh. Thrift may have been (almost) a higher virtue than even Christian charity in our home.

Mom and Dad were born in '22 and '25 respectively. If you grew up as the child of one of these Greatest Generation, I'll bet we have a lot of stories, sayings and experiences in common. 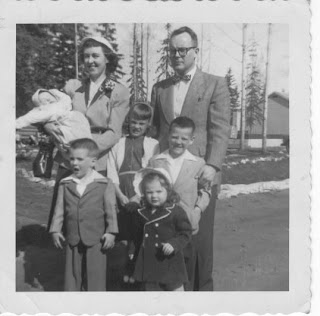 "Thrift!"
"Penny wise, Pound saved."
"A penny saved is a penny earned."
"Waste not want not."
"A stitch in time saves nine."
"Clean your plate there's kids starving in China."
"Be a good steward, it's the Lord's money."

....and when in the rare event Mom was finally done with some leftovers and it was time to toss them,

"Feed it to the starvin' Armenians!"

Add to those the words of wisdom passed down later in life as our earning/saving years commenced:

"Work as hard spending your money as you do earning it"

"Pay yourself first" -- after you give "first fruits" to the Lord because...
"You can't outgive God."


Looking back, it's easy to see where those values grew from.
Dad was born in a farm house in Iowa. 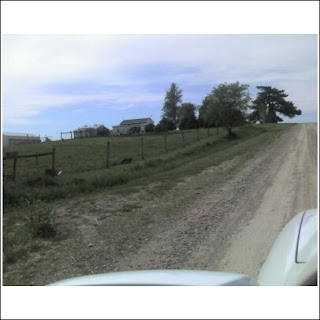 They lived on what they grew on the farm
+ $2-3/week from surplus eggs and dairy sold in town
+ barter from the sorghum mill
+ barter from Grandpa's horsetraining.
Grandpa had something of an alliance with his brother, blacksmith Uncle Charlie, on the next farm up. Between the two of them they had a turnkey service going -- take care of your horse, shoeing, wagon wheels and such.

Mom immigrated from Scotland at age 5 (1927) aboard SS Leviathan.

You've heard of the Grand Canyon? One day a wandering Scotsman dropped a ha' penny in a gopher hole.... Yeah, well...   The rest is history.

G'ma Euphemia McLean was widowed a couple years later leaving her with 4 kids and her 2 elderly parents to provide for in Newton, MA. She made do first as a wash lady and seamstress. The kids hauled and delivered laundry after school. Later she got a position as maid in a well off Boston MD's home that she held till retiring -- but she never stopped taking in sewing work. 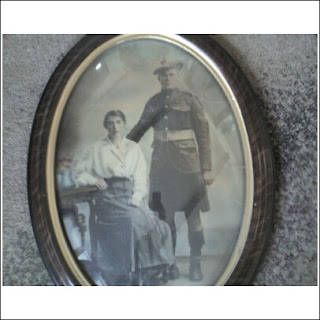 You know...
I might just have to get daughter #1 a sewing machine for Christmas. Recently she's shown evidence of the McLean sewing gene surfacing...

(A final bit of) May Melancholia

One more word on the subject of Mothers and Mother's Days past. 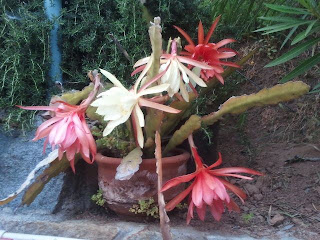 This came from my sister later in the week, I thought it apropos of my last post and include it below with her permission.

Good Morning,
I just wanted to say "Happy Mother's Day" to you. The sun is shining and my new geraniums are hanging in it. Sweet morning.

My oldest daughter and her husband came over with the hanging baskets and supper last night. We had a wonderful time relaxing. My son in law just finished his practicum in teaching on Friday. We played trivial pursuit.(who plays that anymore?) Charisma and I went through some books for her class room. That was fun.

I woke up thinking about my mother.

I remember her coming to my capping ceremony and then several weeks later dying from lymphoma. I'm so glad she was my mom.

I remember her hugs as I want out the door running to catch the school bus.

I remember coming home after riding ponies at the neighbours and hitting our ravine I could smell wonderful aromas from our kitchen. She made the best hamburger gravy on mashed potatoes.

I remember "everything has its place and everything in its place". (Not that I do it...I just remember the saying....sometimes it is handy not having your mom around cause you don't make her sad when things are messy ).

I remember her sitting in the furnace room with me at Denali Bible Chapel trying to teach me my Bible memory verse I'd forgotten already. (I'm sure she would have rather been drinking tea with her friends...my adopted aunts...in Alaska in those days...friends were your relatives).

I remember the coins she'd tied up for me in a white hankie that were to go in the Sunday school offering.(I could never get the knot out).

I remember that one year all 4 of us wore lavender dresses from Sears Catalog on Easter.

I remember being sent to the bathroom to think about the bad thing I'd just done and await the spanking(she never saved them for Dad to give). I'd kneel next to the tub and pray, "Oh, God, I'll never do it again if you make Mom forget I'm here." She was so busy serving us all. Thanks Mom for a happy childhood.


I was twenty the April Mom died. Then right away up to the plate stepped women who have been so kind and helpful to me on this journey.


All this to say, Happy Mother's Day,


"Of all the roads both east and west the one that leads to home is best." My mom cross stitched this saying when she was young...my father framed it and I dusted the frame for many years. Now I just love the saying.

This time of year, I see old childhood friends in Western Washington on Facebook posting their great amaze and delight at seeing a great orange ball in the sky.
Q: What do you do in Seattle during summer?
A: If it falls on a Sunday we have a picnic. Growing up, I loved this time of year in Western WA. There was the anticipation of a final school bell and the start of summer vacation. Gardens were busting out. Long twilight was upon us. Pleasant evenings might be spent on Grandma Moore's patio in the gloamin. Listening in on adult conversations, surrounded by Grandma's gardens. Hanging baskets of fuschias attended by humming birds. Hoping for the offer of one of her tasty treats. Perhaps, best of all, one of last season's epic kosher dill pickles. 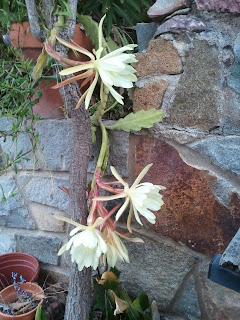 The vegetable garden was finally coming to life after April planting. It was a hopeful time for that 50' x 100' plot of beans, corn, squash, pumpkins and salad fixings. The reality of summer's weeds and tending it in summer's dry heat were yet to come.

May was a time of unpressured, unhurried family fellowship. The end of May and beginning of June would see older brothers and sisters heading off to summer camp or hurrying about town working summer jobs. Later in life, the end of May signaled graduations and my heroes leaving me behind for adventures in missions, college, world travel and grown up life.

In retrospect I suppose I think of May as the "last good time" together.  One June finally,  the youngest of we six kids would find himself  alone at home: mowing that enormous daisy patch we called a yard on his own; wishing for his big brothers and sisters; wondering about their lives over the horizon.  Bolivia, Ecuador, Guatemala, Saudi Arabia, Laos. Viet Nam, Thailand...

Finally, after some years the wishing waned and the understanding would grew that things change -- and stay changed never to return.

It was April 30 1976 that Momma died. That May we were, really, together as a family. We celebrated that Mother's Day with special purpose, intensity and appreciation.  That May was a time of loss but it was also a time together again. Really. Together.

And so I, the youngest, grew up to have my own adventures, my own lawn (and gophers) and to be "the one who left" to live in another state far removed from brothers, sisters, nieces and nephews.

20 years later, April 30 1996 our youngest was born. Poetic that. 20 years to the day. God's gracious provision and completion of us.  This new family? We were finally all together that May of 1996. 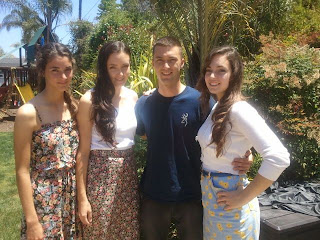 ...and so now this generation of brother and sisters comes to what may be that last May in their lives when our little family are all, really, together.


It's a funny thing...  How you get used to seeing that orange light (almost) daily) here in SoCal.

The first few months or years it's almost annoying in it's persistance. I felt sometimes like saying "Go away sun! Take a day off. My eyes and my head need a break. I'm over stimulated by so much light. "
Then one day you realize you don't have any long pants anymore; that you have more flip flops than closed toe shoes, that there'll be no going home to Western Washington for you.


Monday morning... back at the desk, burning down the e-mail pile, flailing a spreadsheet, and taking care of incoming customers questions. Tunes on the headset. 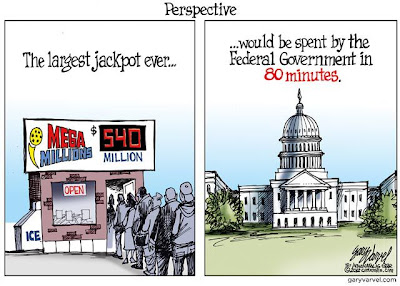 The Wall Street Journal chimes in...

Bell curves and all that stuff still a confusing thing for you?

Still refer to your Statistics course as "Sadistics?"

No worries gentle reader. Let me spell it out for you as tenderly as I do for my children.

The lottery is a tax on people who are bad a math.


Hah! Bet you thought that was the punchline. The end of the post! Nazzo fast Guido!!!

It may amuse and encourage you to know that the writer of that article is bad at math too.

quoth an VP/scientist at work in an email exchange on this article:

The statement above is wrong. The distribution is TWO DIMENSIONAL. To do the calculation, you have to separate "old money" from "new money". Old money (tickets bought in a prior drawing) will never win, so that money increases the jackpot but doesn't decrease your probability of winning THIS DRAWING. New money, on the other hand, does both. The best possible situation occurs when there is LOTS OF OLD MONEY and VERY LITTLE NEW MONEY. Unfortunately, greed being what it is, this situation never occurs in the real world. When the old money is high, people go nuts and drive the new money very high. 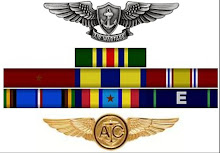 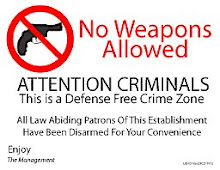 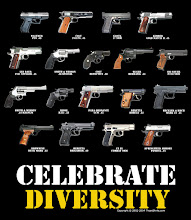